skip to main | skip to sidebar
FREE Pastry at Starbucks, Tomorrow ONLY 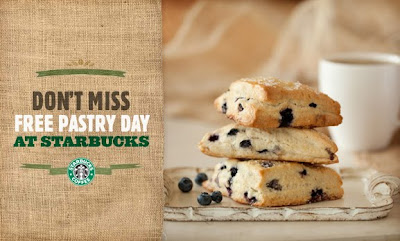 TOMORROW ONLY
Click on the picture to get your coupon for a free pastry at Starbucks. It's a great excuse to order a hand-crafted beverage and enjoy the spring sunshine on the patio!
Labels: FREE, Pastry, Starbucks 0 comments | Links to this post |

Do yourself and your entire family tremendous favor and check this out! Dave Ramsey is offering a free Financial Peace University class. I can not express how FPU has changed my life and it will, guaranteed, improve your life too. Give it a chance. You won't regret it.
By the way, if you think you'd like to commit to the full 13-week class, and you live in south metro Denver, let me know. We are starting one up in the next few weeks in the comfort of my home. We'd love to have you join us!
Labels: Dave Ramsey, Financial Peace University, FPU, free class 0 comments | Links to this post | 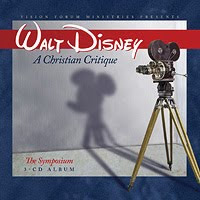 Walt Disney: A Christian Critique - BlueBehemoth.com
Click on the link above for a free download. The websites description of the critique:
In the twentieth century, no man did more to shape the values of family culture for good or evil than Walt Disney. As a motivator, innovator, and filmmaker, his efforts impacted millions across the globe through his movies, theme parks, and television shows. Disney’s work helped to define the literary and cultural sensibilities of a generation of American children and introduced enduring and iconic expressions of childhood that remain with us to this day.
0 comments | Links to this post |

FREEBIE FRIDAY! on a Tuesday 'cause ya' gotta hurry to get this one!

Even if you feel like you can only grab a minute to take for yourself, you have time to dive into the new Busy Mom's Bible by Zondervan. Plus, if you are one of the first 5,ooo to register, they will send you one absolutley free! Not only that, but send in a review and you'll be eligible to win a personal assistants service. What busy mom wouldn't love that?
Labels: Freebie Friday, Vacation Bible School, Zondervan. Busy Mom 0 comments | Links to this post | 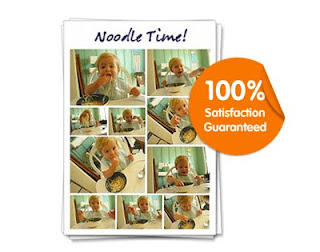 Here is a fabulous freebie just in time for Valentines Day! Make an 8x10 photo collage from Walgreens. The true beauty of this offer is that it can be printed at any Walgreens location in the country. Did you forget to send something to your sister in Cincinatti? Your Mom in Mississippi? Your Auntie in Ancorage? Here's a quick, easy, free goodie they they will cherish! Just click on the image above and enter the code VDAY at checkout to get it for FREE!  You can also get 25 FREE prints when you order 25 prints, order through February 13th, use code LOVE10 at checkout. 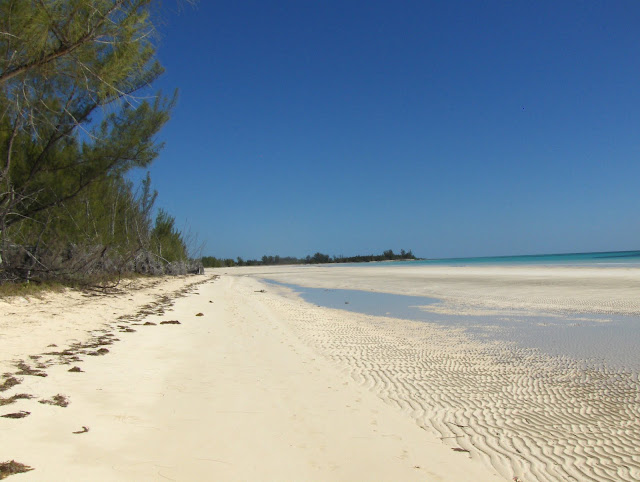 My cruise was AWESOME!!! Thanks for asking. And yes, I do look good with a tan, if I do say so myself.

I would highly recommend the Bahamas to anyone looking for some fun in the sun without being pestered by vendors, cat calls, pollution or hoards of tourists. In fact, take a gander at the unpopulated photo. Gold Rock Beach was ours for the day. It may look familiar from the movie Pirates of the Caribbean: Dead Man's Chest. At the busiest point there were maybe 35 other people there on the entire 4 mile stretch. Now I have a new happy place to escape to in my imagination when the stress of being a suburban mom starts to take me over. It was as if God gave me that day, in that place, as a special gift just for me and my hubby. However, if you don't have your own happy place, I'll let you borrow mine. We'll just use it one at a time.
1 comments | Links to this post |


I'd like to share this story from Nashville's WSMT TV about the lead singer of Audio Adrenaline and his involvement in Haiti. He, like so many others, needs your prayers and his orphanage needs your money. There is a link below to help out his non-profit, The Hands and Feet Project. I originally ran across this story while on American Center for Law and Justice website looking for great Christian organizations that are already in Haiti that I can send a contribution to. Remember, if everyone sends even a little money, the people of Haiti can receive tremendous blessings in their darkest hour. Plus, I will send $2 to The Hands and Feet Project in Haiti for every new Subscriber/Follower I get before January 23rd! So go to the column on the right, click to FOLLOW and click to SUBSCRIBE.

Local Musician Trapped In Haitian Rubble
Mark Stuart: Bodies Being Sawed In Half To Get Through Wreckage
Reported By Jonathan Martin

So far, most relief efforts have been focused in Port-au-Prince, where a 7.0 earthquake hit Tuesday.

"It's hard, it's hard to see your friends in that situation, but truthfully, I know that he and his wife are there for a reason," said Christ Cotton of his friend Mark Stuart, who is trapped in Jacmel.

Stuart is the lead singer of Nashville-based, Grammy-winning Christian group Audio Adrenaline. About a week ago, he traveled to Haiti for mission work as a part of the Hands and Feet Project, a nonprofit he started.

He told Channel 4 Jacmel can't get help because mountains that provided access to them have collapsed, and there's no relief for the thousands badly wounded.

"We had 20,000 injuries, and we don't have a bandage at the hospital," said Stuart. "We're out of bandages, we're out of medicine and we're in a desperate situation."

Right now, various agencies are working to divert some ships and planes backed up in Port-au-Prince to Jacmel.

"If we don't get supplies in here quickly, you're going to see some major problems," said Stuart.

Stuart said frustration and desperation are growing, the smell is unbearable and people are sifting through debris to find their loved ones.

"They're having to saw their bodies in half just to get them out of the rubble because we have no equipment here," Stuart said.

Cotton said he and others in Nashville are working with Rep. Jim Cooper's office to get Stuart and his wife back home. 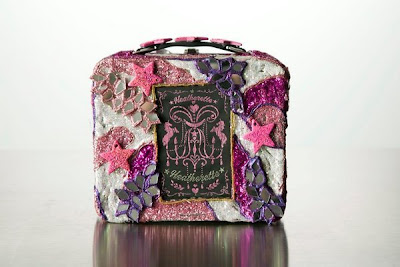 Just because your finances are stressed, you don't have to be.

If you are currently facing monetary challenges in your home, accept this as encouragement to search the Internet for a food bank near you and enjoy the bounty. It is there for the asking. It is not intended as permanent fix, but exists to bless you in a time of need. Shopping at the food bank will free up some money from your grocery budget to spend on another necessities like heat or gasoline. Or, it can free up some money for a stress reliever like Starbucks with girlfriend or a bottle of the newest shade of toe nail polish.
Don't be concerned that shopping at food bank will subject to a pantry full of nothing but macaroni and cheese and canned beans. As I type, I am munching on organic flax seed crackers spread with Whole Food's tuna/cranberry salad complimented by an icy glass of passion fruit-carrot juice. My diet is healthier and more gourmet now than when I had complete control over my shopping list. Abudanza!
Links to help you find a food bank to fit your needs:
Food Pantries
Feeding America
About
In California
In Texas

Normally I like to post a FREEBIE on Fridays, but this special is so grand, it warrants posting, even if it's only a BOGO (Buy One Get One).
Register you and your spouse to attend A Weekend to Remember Conference through Family Life Ministries before January 18th (that's a week from Monday) and they will wave one registration fee. That's a savings of $129! Click here for registration details and on the logo above for general conference information. I would love to hear about your experience if you go! Also, if you have attended a WTR in the past, please leave a comment encouraging others to attend.
Labels: A Weekend to Remember, BOGO, Family Life Ministries, Freebie Friday 0 comments | Links to this post |

When life gives you lemons, make lemon aide. Right? We have a few sour lemons in 2009 from financial to health to grieving death. And it would be easy to sit and whine about it, or we can thank God for the amazing blessings He so generously showered us with, then pack our bags, and hit the beach for some well deserved R&R. I'll go with the latter, all the way to the Bahamas!
When Terry and I started looking into short excursions on a minimal budget, our first thought was to drive to the mountains and hit the slopes. We're not too old and rusty, are we? I haven't skied since before my kids were born, so it's been at least a dozen years. And January is the coldest month in the Rockies. But we could keep each other warm. A room and a lift ticket would run about $150 per night per person no food, no entertainment, no sun and sand. We could afford a four day vacation. Or, we could go to Vail or Aspen for a weekend. Maybe. If we rented out some one's spare room off of Craig's List and scrounged up some coupons. Who am I kidding, like I would go anywhere without a fist full of coupons. Hah!
But I just couldn't bring myself to spend our wad on a vacation that made me shiver just thinking about it. I procrastinated going sledding at the park down the block. What makes me think I'd relish a ski vacation? This is where one of my favorite websites comes in. Vacationstogo.com
I encourage you to finish reading this post and then click on the link. Dream a little. Fantasize about you and your honey dancing under the stars on the deck of a cruise liner to a dreamy jazz trio playing your favorite song, a chef making four meals a day and someone else doing the dishes, a maid turning down your bed in your spotless cabin that he scoured, soaking up penetrating rays of sunshine on crystal, white sands. 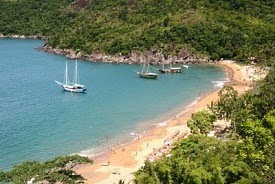 Vacation To Go sells the last few cabins available on cruise ships around the world at discounts of up to $82%. Ever wondered what a $52,000, 35-day cruise from Hong Kong to Cape Town would be like? Click here and fantasize. I can only imagine! On the other end of the spectrum, did you know you can cruise from Ensenada, Mexico to Honolulu, Hawaii for 12 days in April for less than $800 a person? Today the cruises start $149 per person, but I have seen them as low as $118. How about a week in Brazil for for $269?
Tell me about your favorite ways to hunt vacation bargains! I'd love to hear!
Labels: Cruise, printable coupons, vacations, Vacations to Go 0 comments | Links to this post |

New Subscriber? Leave a comment to tell me you subscribed and I'll donate $2 to HAITI!!!